Nigeria is unarguably a jewel and wonder of Africa. The country is generously endowed with human and natural resources, sufficient for development at par with international living standards. The country’s Gross Domestic Product at USD397.3 billion is the largest in Africa, however in June 2018, Nigeria was reported on various platforms to have overtaken India as the poverty capital of the world. The Brookings Institute further reported that Nigeria could be home to 110 million people living below the poverty line by 2030.

Also, access to quality and affordable healthcare is quite poor as an estimated 90 percent of the country’s population are not covered by the National Health Insurance Scheme (NHIS), despite the government’s efforts. This further exposes the most vulnerable groups to adverse health conditions. The health sector suffers a dearth of medical resources, as well as inadequate and decaying infrastructure. Nigeria records an estimated 800 deaths per 100,000 live births and it is reported that the country accounts for an estimated 20% of global maternal deaths.

These areas (economic empowerment, healthcare and education) are interrelated such that one or more can become a cause and/or consequence of the other(s). An educated person has more chances of paying attention to preventive health care and living a healthier life, while taking advantage of information and acquired skills through education, to improve her economic profile. In similar vein, an economically stable Nigerian can afford to improve access to education and healthcare for her family. Also, a healthy person is a more productive person and in a better state of mind to assimilate newly acquired education.

The Oladele Fajemirokun Foundation which metamorphosed from organising a series of corporate social responsibility programmes to establishing as a standalone non-governmental organization, is particularly keen on complementing the efforts of the government and other stakeholders in the areas of healthcare, education and economic empowerment. We believe that for development to be sustained in any of the areas, a composite approach will most effectively suffice. 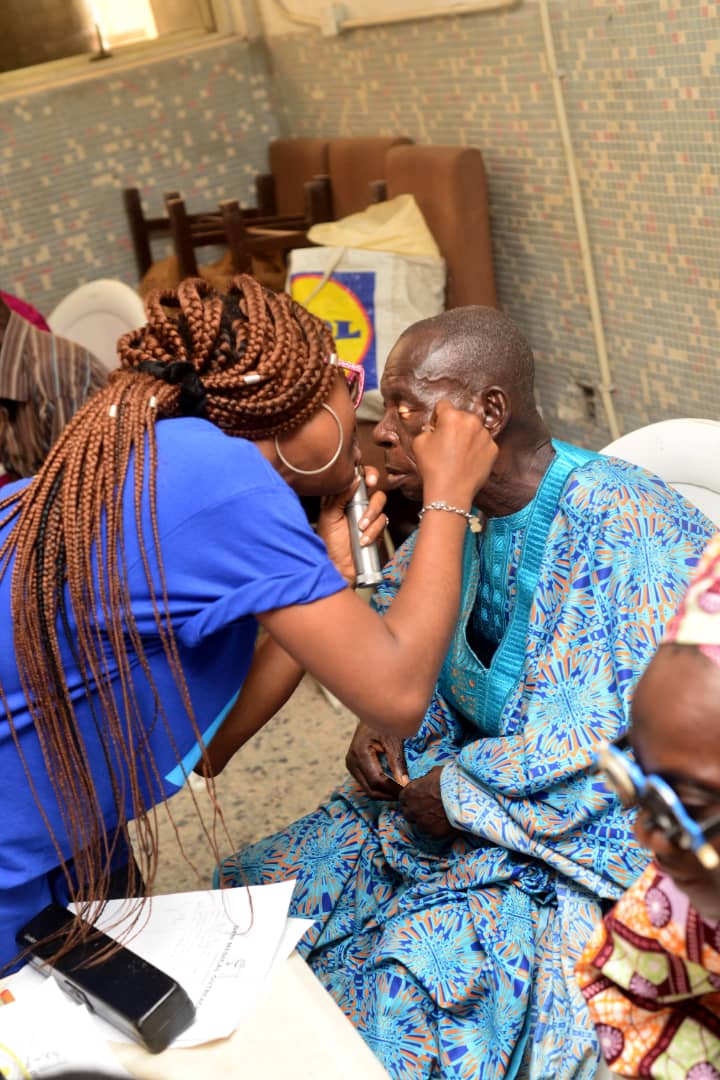 FOOD AID AS STIMULUS PACKAGED FOR THE COVID-19 LOCKDOWN

VOCATIONAL SUPPORT AT THE LAGOS CHESHIRE HOMES FOR THE DISABLED